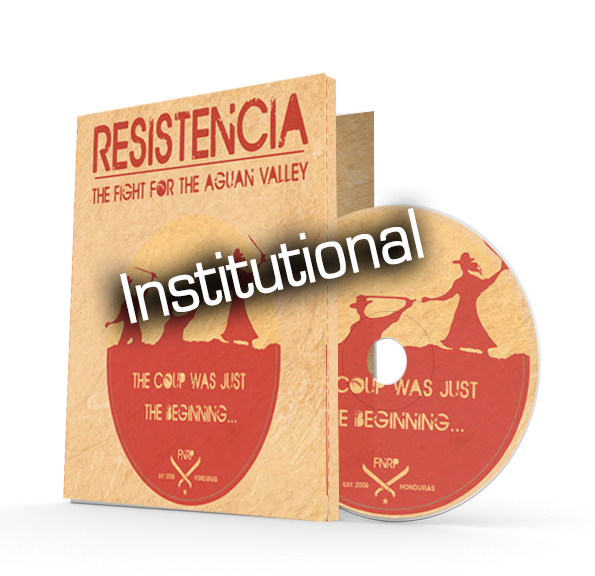 Resistencia: The Fight for the Aguan Valley, winner of the Best Feature prize at the 2015 Social Justice Film Festival.

Institutional purchases include unlimited rights to screen RESISTENCIA: THE FIGHT FOR THE AGUAN VALLEY within the institution, except for commercial screenings. The order includes two (2) copies of the English-language DVD and a high-definition digital version available in English, Spanish, French and/or bilingual (English/Spanish).

For more info on the film, to watch the trailer or read reviews head to resistenciathefilm.com.

Save this product for later
Display prices in: USD